Written by Tony Mazur
From the onset of the pandemic, the Summit County Health Commissioner has answered a number of questions regarding COVID-19, from the virus itself to the spread and mitigation tactics, to vaccines for both adults and now kids. Donna Skoda assured parents of the safety of the vaccines, which are now available to children ages five and up through their pediatricians. She also shared her view on what the public should do the next twenty months of what she believes is an endemic virus, and the threats of the Delta Plus variant breaking out in Europe.
Published in Ray Horner Morning Show
Tagged under
Read more...
Monday, 08 November 2021 07:19

University of Akron Biologist Looks at Delta Plus Variant, Vaccine Safety For Children

Written by Tony Mazur
While there still is a threat of COVID-19 out there, due to the availability of the various vaccines and now boosters, people are feeling more comfortable gathering for the holidays or traveling abroad. And now those adults can have innoculate their children above the age of five, if they choose to do so. Dr. Richard Londraville is a biologist at the University of Akron, and he has been on the Ray Horner Morning Show since the beginning of the pandemic to answer the most pressing questions many have had in regards to COVID-19 and the vaccines. First, Dr. Londraville talks about the efficacy of other countries' vaccines compared to the United States', and also how the Delta Plus variant is wreacking havoc in the European Union. As for vaccines for children from ages five and up, Dr. Londraville says the Pfizer shots will be available through the child's pediatrician for now. This vaccine, compared to the one for adults, is much less of a dose.
Published in Ray Horner Morning Show
Tagged under
Read more...
Sunday, 07 November 2021 06:23

This was a big week in the fight against COVID-19, with the CDC approving vaccinations for children ages 5-11, Pfizer announcing they've developed a new anti-viral pill they say is extremely effective, and a federal appeals court temporarily halting the President Biden's vaccine mandate for large employers.  That decision was in response to  lawsuits filed by Republican Attorneys General in a number of states, including Ohio.

It was also the week many of us started thinking in ernest about holiday gatherings, and how we can best be safe while we enjoy spending time with family and friends.

Jeanne Destro talked to Summit County Public Health Commissioner, Donna Skoda, and Summa Health Infectious Disease Specialist, Dr. Thomas File, about vaccinating young children, when it is most effective to get tested, how the MRNA technology at the heart of Pfizer and Moderna's COVID vaccines could help us fight a whole host of other diseases as well, and more. Listen now. 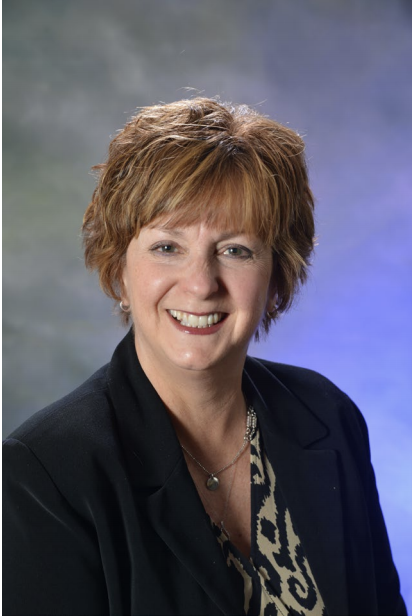 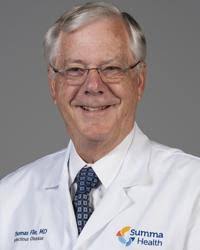 Dayton Mayor Nan Whaley, a Democrat, wants to be Ohio's next Governor.

But so do a lot of other people, including Cincinnati's Democratic Mayor, John Cranley, incumbent Republican Governor, Mike DeWine, and two other Republican candidates so far; former Congressman, Jim Renacci, and Joe Blystone, who is a farmer from Canal Winchester.

Listen now, to Jeanne Destro’s conversation with Whaley, to find out why the Mayor who may be “Great in Dayton” thinks she has what it takes to be the first Democrat to take back the Ohio Governor’s seat, since 2011.

Renters are often stuck between a rock and a hard place. If they  push their landlords too hard for needed repairs; they could end up on the street, without an affordable place to live. But if they don't say anything; they could be forced to live in sub-standard, and sometimes even dangerous conditions.

But, there is a third choice, and that's where Akron's Community Legal Aid comes in. Their lawyers can help renters stay in their homes, through either individual, or collective legal action.

In fact, as you’ll hear in Jeanne Destro’s interview withLegal Aid Managing Attorney, John Petit; that’s exactly what is happening right now with a group of East Akron apartment residents who have banded together to form a “Tenant’s Union”.

Overcoming Obstacles and Getting Ahead At Work

Work is a challenge for everyone, but for some of us; it is even more difficult because of our race, gender, desire to please, or inability to state our needs honestly, without fear.

But there is new research from a diverse group of business experts, that can help you get paid what you're worth, get ahead, and get things done on the job.

Listen now, as Jeanne Destro talks to the authors of four new books, who may be able to help you do just that.

Jim Detert: Choosing Courage: The Everyday Guide to Being Brave at Work

Bruce Tulgan: The Art of Being Indispensable at Work: Win Influence, Beat Overcommitment, and Get the Right Things Done

The first of which is called Aisha's Law, named after Aisha Fraser, who was murdered by her ex-husband, and it will indeed become a law after three years. The other bills House Bill 266 and 199 are stuck in committee, and if passed; would eliminate the statute of limitations on rape. 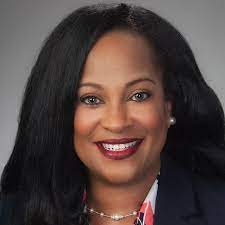 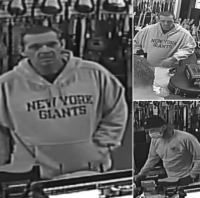 Akron Police are looking for help identifying two men they say are responsible for the theft of roughly $50,000 worth of band equipment.
The theft happened back on October 23rd, outside an Akron hotel at 41 Furnace Street, where a band visiting town says their van and trailer containing all of their equipment was stolen. While police found the empty trailer a few days later, all of the equipment was still missing.
Now police are circulating photos of two suspects who sold thousands of dollars worth of that stolen band equipment at the Guitar Dept on Kenmore Boulevard the same day as the theft.
See the more from Akron Police below:
Published in Local News
Tagged under
Read more...
Thursday, 04 November 2021 14:51

The Union representing Akron Public School teachers, the Akron Education Association (AEA) passed a vote of "no confidence" in the school administration's leadership and procedures designed to keep them safe from violent incidents involving students.

From guns on the premises, to physical assaults, and even fireworks set off in the classrom; teachers are fed up, and they want protection.

When the story broke earlier this week; we asked Akron Public Schools Superintendent, Christine Fowler-Mack for a response, but were told that she would prefer to focus on resolving the issue with the union, and that she did not wish to respond publicly at this time. 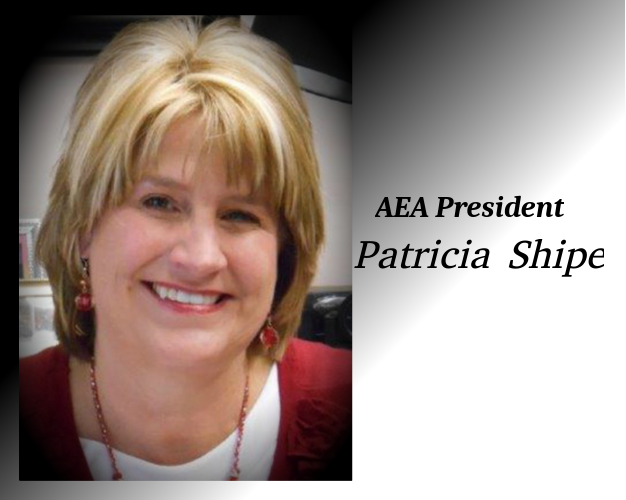 This week, President Biden pledged the US will take action to reduce fossil fuel emissions, in an effort to protect forests worldwide.

Forests, which absorb harmful pollution from the atmosphere, are one of the earth's main lines of defense against the devastating effects of climate change. Those include rising temperatures, forest fires, increasingly destructive storms, floods, daughts, famine, disease, mass migration, and death.

We'll hear from President Biden, who spoke at the COP26 conference in Glasgow, Scotland, as well as from Climatology Professor, Dr. Cameron Lee, from Kent State University.

We first spoke with Dr. Lee a few months ago, but this week's climate conference presents a perfect opportunity to revisit our conversation about what causes climate change, and what, if anything; we can do about it. 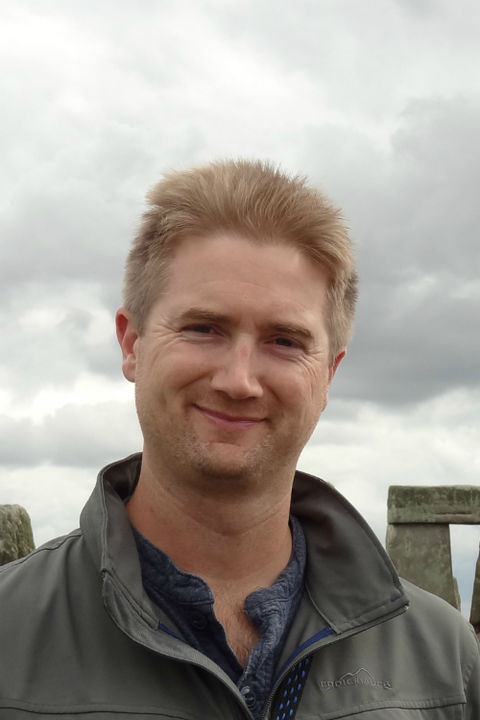 Published in This Week in Tech
Read more...

Three Identified in Unprovoked Attack Outside Am. Legion

Akron Police have identified three individuals connected to the assault of three men outside of the Akron American Legion in the 1000 block of Kenmore Boulevard this past Saturday night.
The suspects are Shaun Husk Junior, 19, Cody Sell, 19, and Michael Baratko, 25.  All three men are facing multiple charges connected to the unprovoked attack.

As of Thursday's update from the Akron Police Department, only Shaun Husk Junior (pictured above) is in custody. Both Baratko and Sell (pictured) are still on the loose.
Anyone with information on their wherabouts or any other information regarding the case is asked to call Akron Police.
Published in Local News
Tagged under
Read more...
Wednesday, 03 November 2021 13:19

Akron METRO RTA officials say the Transit Workers Union (TWU) has assured them that even though they have still not reached an agreement on a new contract; there will will be no strike or picket today-- though that is still a possibility for November 15th.

In a statement on METRO RTA's website, the company says a they have provided final proposal to the union, and are hopeful that members vote to accept and ratify it.

While officials say they have not been served a "valid notice" from the Transit Worker's Union Local 1 (TWU), and that they are continuing to negotiate; they say they have "reason to believe" a strike and/or picket will start tomorrow, November 4.

In a press release, METRO encouraged passengers and the public to continue checking for updates at akronmetro.org or METRO’s Facebook and Twitter pages.

Riders are also encouraged to make other contingent transportation arrangements if necessary or appropriate. Individuals can sign up for METRO’s e-news alerts and/or call METRO’s information line at 330.940.1236 for updates.

Take a creepy peek behind the theater curtain for Halloween this week, as we look into scary movie special effects!

Listen now to our conversation with University of Akron School of Communications Professor, Juan Contreras, and with Jereme Gelske, who is a Visual Effects Coordinator, and Associate Producer at Crafty Apes Visual Effects and Production Services, in Atlanta. 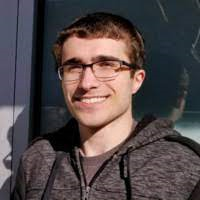 The University of Akron is sticking with its COVID-19 vaccination policy enacted two months ago, but says they are relaxing some of the exemption acceptions.

UA says all faculty, staff and students still need to be fully vaccinated by December 13th. However, after a review of the policy, the school says they are streamlining the process for requesting an exemption. The university noted yesterday, "A short statement using the streamlined exemption form outlining the reasons of religious belief or reasons of conscience for requesting the exemption is all that will be needed." For those requesting medical exemptions, they will need to complete the medical exemption form and provide supporting documentation from a licensed health care professional.

As of Monday, UA noted more than 70-percent of university employees and nearly 61-percent of all students have provided proof that they are fully vaccinated.

See the full press release from the University of Akron below:

(UA) Since The University of Akron’s COVID-19 vaccination requirement was put in place two months ago, good success has been achieved by the campus community to protect each other by becoming vaccinated. As of October 25, 2021, 70.3% of employees have verified that they have been fully vaccinated; 60.9% of students have verified their vaccination status. As health officials remind us, the virus is still prevalent and spreading, and even though case numbers have declined somewhat, being vaccinated is the most effective way of continuing progress and avoiding surges in infection rates. With all of that in mind, UA is adjusting its policies and procedures to continue efforts to have as many members of our community as possible become vaccinated. The main elements of those adjustments are as follows:

Published in Local News
Tagged under
Read more...
Page 2 of 148