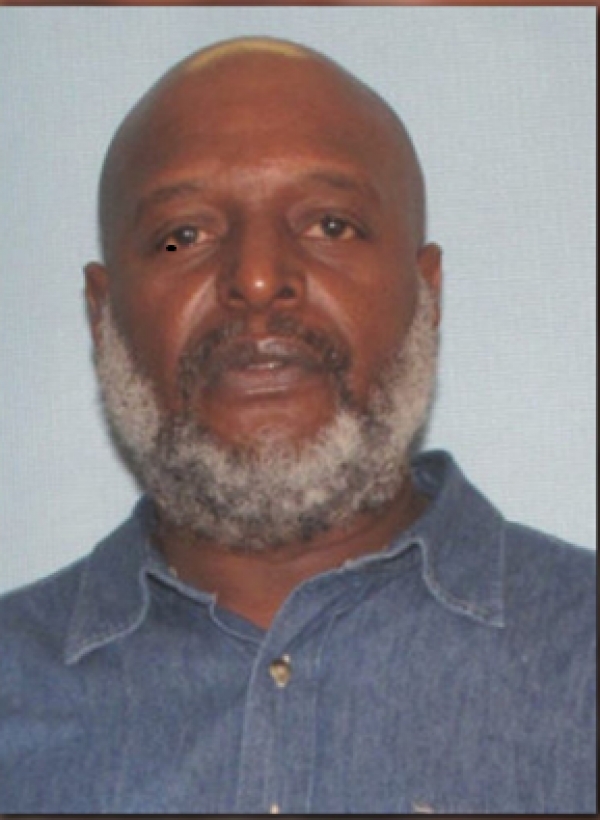 Summit County Common Pleas Court Judge, Christine Croce, sentenced him to nine consecutive life sentences, for torching two of his Akron neighbors' homes while they were still inside, killing 9 people, including 5 children.

Ford was recently found guilty on 26 charges, including 22 counts of aggravated murder; the most ever filed against anyone in Summit County history.

Ford set two house fires on Fultz Street in Akron, just four doors down from one another.  The first fire was in April 2016, and claimed the lives of Lindell Lewis, 66, and Gloria Hart, 65. 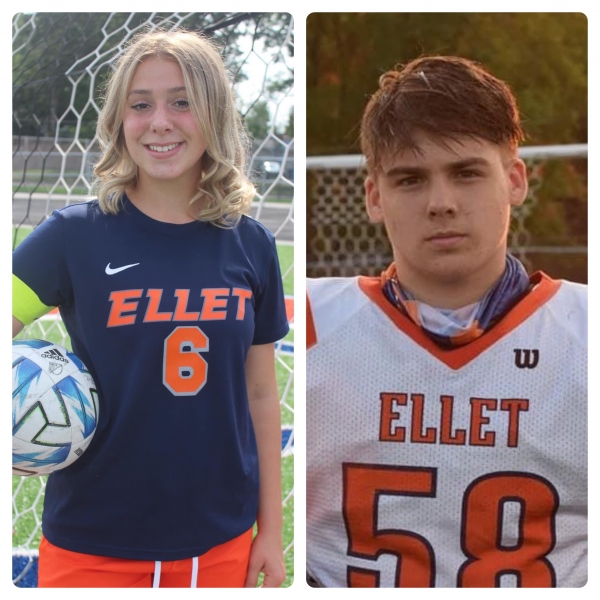 For our Student Athlete of the Week program, we head to the east side and meet two students from Ellet CLC. Cameron Tucker, class of 2022, captain of the Ellet Lady Orangemen soccer team. Cameron excels in the classroom and on soccer field. She is ranked #1 in her senior class and is a member of National Honors Society. Cameron led the Lady Orangemen to a record of 16-2-1 this season and their fourth consecutive City Series Championship. Cameron is the only player in our program’s history to be named team captain for three seasons. She’s the all-time leader in assists and her leadership helped the program become very competitive in Division 1. She was recently named to the 2022 Greater Akron Senior All Star team. Mason Collier will earn his third letter for the Ellet Orangemen football team in 2021. As a senior, he served as one of the on-field captains, and his play on the field earned him an All-City recognition. His leadership on the field, the locker room, and in the classroom are examples of what a quality young man he has become. Mason is also a manager of a local food establishment in the Ellet community. The Student Athlete of the Week segment is powered by NECA-IBEW and Akron Children’s Hospital.
Published in Student Athlete of the Week
Tagged under
Read more...
Tuesday, 26 October 2021 08:14

Written by Tony Mazur
Halloween is this weekend, and that means trick-or-treaters will prowl around the neighborhoods on the hunt for candy. The term "everything is fine in moderation" applies, though too much candy can play a role heading into the winter months with most folks stuck inside and not as active. Danielle Dimengo is a dietician at Akron Children's Hospital, and she joined the Ray Horner Morning Show to not only talk about sugars inside candy, but the soft drinks as well. She says the most added sugar one can consume is found in sugary drinks such as soda pop, juice boxes, and even sweet tea. She also shared her thoughts on the caffeine intake in kids, and she gave some tips on the distribution of Halloween candy.
Published in Ray Horner Morning Show
Tagged under
Read more...
Monday, 25 October 2021 07:51

Written by Tony Mazur
As the colder weather approaches, many have wondered if COVID-19, or specifically the Delta variant, would make matters worse. However, trends of late have shown the opposite, with cases way down from where they were even a month ago. Has it made its way through the communities? Is it due to the vaccines? Is it a little bit of both? Dr. Donald Dumford is a doctor of infectious diseases at Cleveland Clinic Akron General, and he answered these questions on the Ray Horner Morning Show. He also touched on new variants we may see and how transmissible they are, and the efficacy of the booster when mixing-and-matching vaccines.
Published in Ray Horner Morning Show
Tagged under
Read more...
Friday, 22 October 2021 07:08 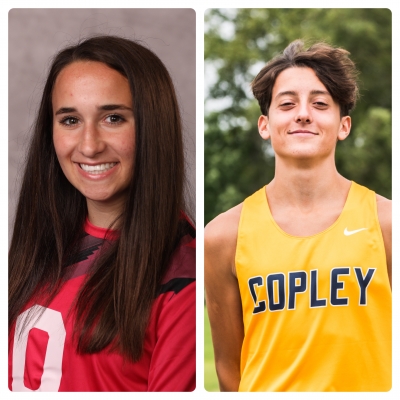 For our Student Athlete of the Week program, we head to the west side of town and meet two students at Copley-Fairlawn High School. Michele Hofacker is currently the goalkeeper for our girls soccer team. She has registered 10 shutouts this year and if she has one more she will tie our school record. She is a leader on and off the field and we are very proud of her. Michele currently has a 3.905 GPA. Dylan Wood is a standout runner for our team and is only a sophomore. He recently finished 3rd overall at the Suburban League Championship meet in a field of 75 very talented runners. Dylan currently has a 4.069 GPA. The Student Athlete of the Week segment is powered by NECA-IBEW and Akron Children’s Hospital.
Published in Student Athlete of the Week
Tagged under
Read more...
Friday, 22 October 2021 06:49

This Week in Tech with Jeanne Destro-10-22-21: Gadgetopia! Featured 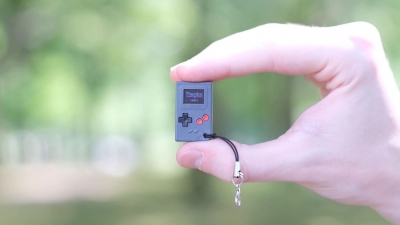 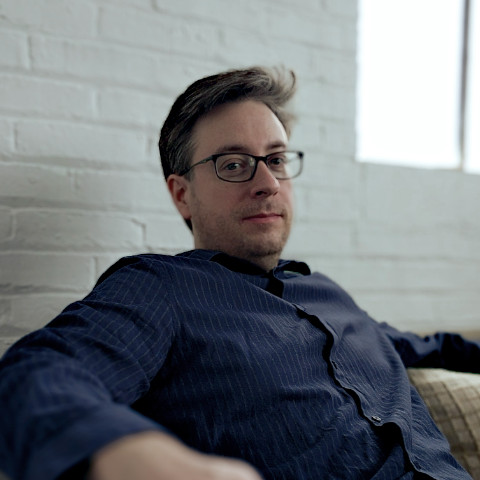 New Philadelphia Police are looking for suspects in a drive-by shooting that was caught on home security camera early Tuesday morning, at about 1 a.m. The incident happened near 11th Street NE and Ray Avenue.

See the video and more from the New Philly PD below:

Written by Tony Mazur
As the weather begins its annual cooldown, it will cause more people to head back inside, whether at home or in some form of congregation. Even though there are vaccines and now boosters out there, one can never be too cautious when it comes to COVID-19, according to Dr. Thomas File, infectious disease expert at Summa Health. Dr. File joined the Ray Horner Morning Show to talk about the surges of COVID-19 that have popped up, from the original alpha variant to this summer's and early fall's delta. He also touched on the possibility of more variants on the horizon, as well as the thought of mixing the vaccine boosters.
Published in Ray Horner Morning Show
Tagged under
Read more...
Tuesday, 19 October 2021 10:22

Akron Police have arrested 21-year-old Jamaryon Frazier of Tallmadge who is accused of robbing the Chase Bank in the 1800 block of Brittain Road in the city last Friday morning.

Police say after putting out a surveillance photo from the bank and a description, tips led to the arrest this week.

Akron Police now say they've put a name to the face of a robbery suspect caught on surveillance video while holding up the Chase Bank branch in the 18 hundred block of Brittain Road, last Friday, October 15.

No word yet though, on an arrest.

Written by Tony Mazur
When the topic of vaccine boosters was brought up, the first question many asked was if they had Moderna for their first round, do they get a Moderna booster? Or could that individual take a Pfizer or Johnson & Johnson booster with no problem? Donna Skoda is the commissioner of the Summit County Health Department, and she joined the Ray Horner Morning Show to answer those questions, among others surrounding the vaccines and the boosters. She also looked at the latest COVID-19 numbers in Summit County, which have dropped across the board, and how she encourages everyone eligible to not only get the COVID-19 vaccine, but to take the flu shot, as well.
Published in Ray Horner Morning Show
Tagged under
Read more...

Written by Tony Mazur
Much like every health system in the country, Summa Health is managing the trials and tribulations of shortages of ICUs, beds, and even staff. Dr. Cliff Deveny is the president and CEO of Summa Health System, and he joined the Ray Horner Morning Show to discuss these challenges his facilities are facing. Dr. Deveny talked about the stress these healthcare workers have been under since the beginning of the pandemic, and how it is not easy to lure medical professionals back into these facilities. Dr. Deveny also touched on the COVID-19 cases overall, which have dipped a bit, as well as the medical supply chain, which has been steady since the early days of the pandemic.
Published in Ray Horner Morning Show
Tagged under
Read more...
Friday, 15 October 2021 08:04

Written by Tony Mazur
A small airport on the border of Summit and Stark Counties has grown significantly over the years, and now they are celebrating their 75th anniversary. Ren Camacho is the president and CEO of the Akron-Canton Airport, and he joined the Ray Horner Morning Show to talk about hitting this milestone. Camacho discussed the history of the airport that dates back to the 1940s, and how their partnerships with the airlines have been key in maintaining their success of the years. He also touched on the difficulties a smaller airport has to contend with, from being more of a destination airport to how they were affected the last two years due to the COVID-19 pandemic.
Published in Ray Horner Morning Show
Tagged under
Read more...
Friday, 15 October 2021 07:39

For our Student Athlete of the Week program, we down Copley Road and meet with two seniors at Buchtel CLC. Leah Cheatham is a member of the volleyball team in the fall and the basketball team during the winter months. She is an ambassador and also the Class of 2022 Vice President. In the classroom, Leah maintains a 3.8 GPA, and is part of the Sports Medicine Pathway. Marquez Rodgers is also an ambassador, and is a senior wide reciever on the Griffins' football team. He carries a GPA around 3.0, and is a member of the Business and Marketing Pathway at Buchtel. The Student Athlete of the Week segment is powered by NECA-IBEW and Akron Children’s Hospital.
Published in Student Athlete of the Week
Tagged under
Read more...
Thursday, 14 October 2021 12:49

Students from all over the country will gather soon at Kent State University for their annual "Skyhack" event. They'll compete November 5-7, to win cash prizes for new and innovative ways to improve aviation.

We'll also hear about a new study on Internet Gaming addiction, and talk to a couple of experts from the University of Akron about what can be done to prevent it, detect it, and help those who suffer from it. 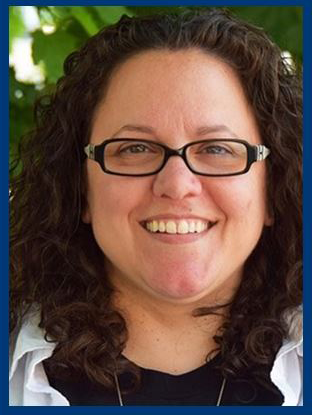 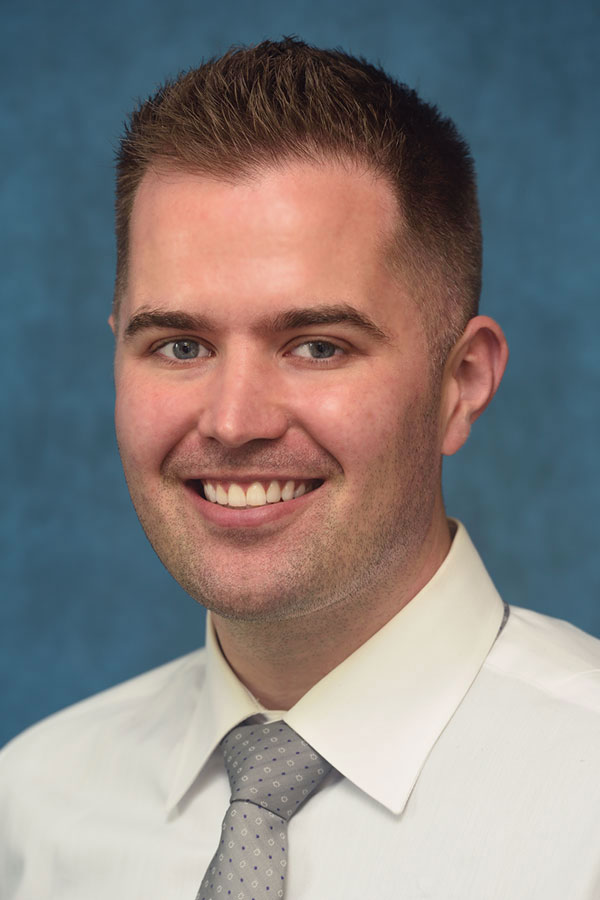