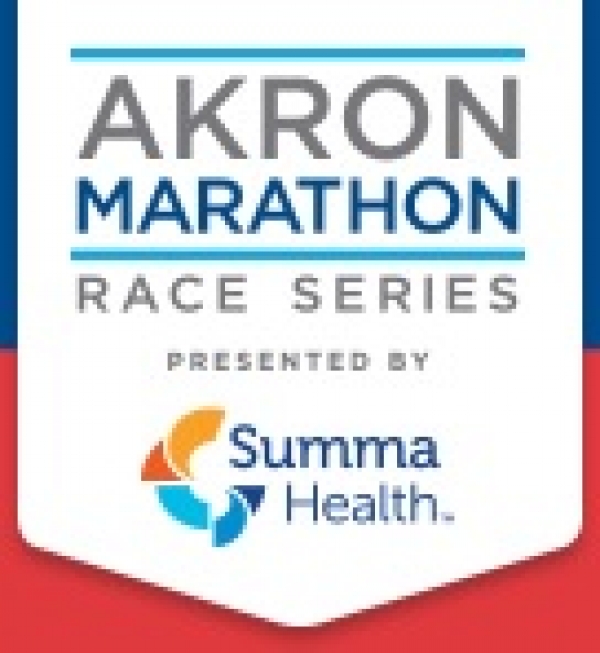 The FirstEnergy Akron Marathon happening in the city Saturday, with more health and safety measures in place than ever before.
All runners and volunteers for the event must shot proof of full vaccination against COVID-19 or a negative COVID-19 test result that was taken within 72 hours of tomorrow's start.
Runners must present that information today at the Akron Marathon Health and Fitness Expo, that is closed to the public due to COVID-19.
Saturday's race, meanwhile, kicks off at 7 a.m. at Broadway and East Market Street outside the Akron Art Museum. There are multiple road closures for the race. See more details now at the Akron Marathon website here.
Published in Local News
Tagged under
Read more...
Thursday, 23 September 2021 09:07

Skoda: Vaccine Boosters to Be Available in Summit County By Next Week

Written by Tony Mazur
Late on Wednesday, the FDA announced their emergency approval of a booster for the Pfizer-BioNTech vaccine. At first, this will be for high-risk individuals and those above the age of 65. Donna Skoda is the commissioner of the Summit County Health Department, and she shared her thoughts on the rollout of these boosters on the Ray Horner Morning Show. Skoda urges those wanting to receive their booster to have their original vaccine cards with them. Pfizer will be the first booster at the health department, and according to Skoda, Moderna and Johnson+Johnson shots may be approved a few weeks from now. Skoda believes these boosters can be rolled out as early as next week.
Published in Ray Horner Morning Show
Tagged under
Read more...
Wednesday, 22 September 2021 07:50

Written by Tony Mazur
As has been the case in the second half of the summer, the Delta variant is causing problems in most communities, to the point where hospitals are seeing a strain inside their ICUs. Dr. Thomas File is an infectious disease expect at Summa Health, which is one of those hospitals that are filling up. Dr. File joined the Ray Horner Morning Show to discuss what his facility is seeing as the variant continues to wreck havoc on many, including those who have yet to obtain their vaccines. On the topic of those vaccines, Dr. File says they continue to be "very effective" against the disease, even though there have been many breakthrough cases of vaccinated individuals getting the Delta variant. Dr. File touched on the booster topic, encouraged the unvaccinated to get their shots, and how we may see a worse flu season in 2021 than we did a year ago.
Published in Ray Horner Morning Show
Tagged under
Read more...
Wednesday, 22 September 2021 07:48

Written by Tony Mazur
Time now for Hey Bobby!, a weekly Cleveland Indians segment with VP Bob DiBiasio and WAKR's Ray Horner. Today, Bobby and Ray look at the prospects within the organization, the second half impact of Cal Qualtrill, and some things to look for at the Baseball Hall of Fame. Hey Bobby! is powered by NECA-IBEW.
Published in Hey Bobby!
Tagged under
Read more...
Wednesday, 22 September 2021 04:22 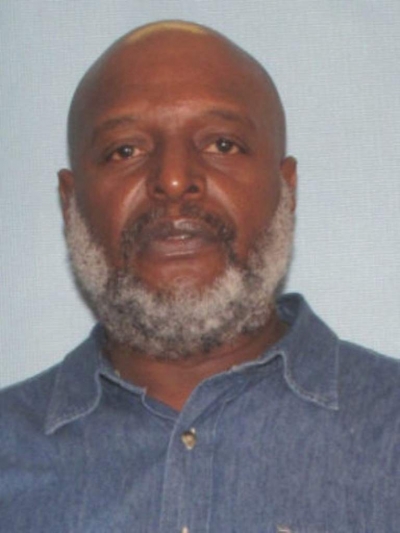 Stanley Ford, the Akron man accused of setting three fires, including two dealy house fires that killed nine people between 2016 and 2017, is guilty on 26 of the 29 charges against him.

The 62-year-old Sherbondy Hill resident was found guilty by a Summit County jury Tuesday all 22 counts of aggravated murder, the most murder charges filed against anyone in Summit County history.

Akron Police accused Ford of setting two house fires on Fultz Street in Akron, just four doors down from one another.

The first fire was set in April 2016 that claimed the lives of Lindell Lewis, 66, and Gloria Hart, 65. One person was able to escape the house fire unharmed.

The sentencing phase of the Stanley Ford murder trial begins Monday; he is facing the death penalty.

Customer demand for digital library materials like e-books, audiobooks, movies, and magazines, is sky high because of the pandemic. But, so is their cost, compared to traditional, hard copy library materials.

Listen now to Jeanne Destro's interview with Akron-Summit County Public Library Director, Pamela Hickson-Stevenson, to find out why, how that might affect taxpayers, and what, if anything, you can do about it. 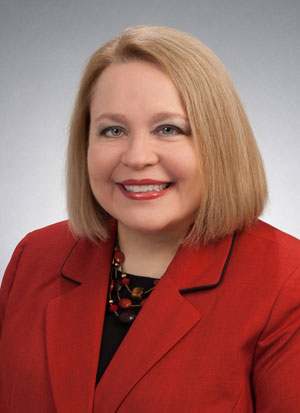 Written by Tony Mazur
Data is showing that vaccine boosters could be "weeks away," according to recent medical studies. Right now, the recommendation would be to take the booster eight months after the original round of shots. Donna Skoda is the commissioner at Summit County Public Health, and she joined the Ray Horner Morning Show to discuss the strength of these vaccines, and how though vaccinated individuals can still contract the virus, it will stave off serious infection and possible hospitalization. Skoda also touched on the topic of vaccine boosters, as well as when children under 12 can obtain their jabs.
Published in Ray Horner Morning Show
Tagged under
Read more...
Friday, 17 September 2021 11:06

As Yost explains in this interview with Jeanne Destro, Cardinal Health, McKesson and AmerisourceBergen agreed pay a record $808 million dollars to settle litigation alleging illegal practices that led to the Opiod epidemic.

In addition, StubHub agreed to give refunds in cash, instead of just in vouchers for future concerts, to ticket holders who didn't get to see shows cancelled because of the pandemic. 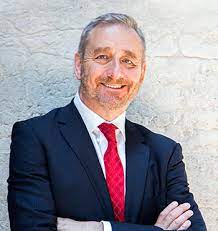 But that didn't happen this week, when the Republican-controlled redistricting redistricting commission voted to approve a new map.

Even though voters approved anti-gerrymandering reforms, and Republicans only outnumber Democrats in Ohio by a slight margin; the new district map is still solidly red. But,  because there was no bipartisan consensus on the new map; it will be in effect for four years, instead of ten.

In the meantime, Sykes says legal challenges are already in the works that could keep it from going into effect as it is right now.

Jeanne Destro talked to Sykes about it this morning.

She also talked to 17th District US Congressman Tim Ryan:

This Week in Tech with Jeanne Destro-9-17-21: War on Robocalls! Featured

Today, we'll hear from Ohio Attorney General Dave Yost, and networking technology expert, ZipDX LLC CEO David Frankel, on why robocalls are such a problem, and what can be done to stop them.

Published in This Week in Tech
Tagged under
Read more...

Chanden is a Letterman in Football, Basketball and Baseball for the Magics. He is a two-year at Quarterback and also one of the team's captains. In basketball, he came off the bench last year as a point guard. In baseball he was a starter as an infielder and also was one of the team's pitchers. Chanden carries a 3.4 GPA taking Honors and CCP Classes. Coach Gotto had this to say about Chanden: "Chanden has become our leader on offense the last two years as he dedicated himself to be a leader on and off the field. His work ethic on the field and in the weight-room has made him the quarterback he is today." Hannah is Letterman on the Magics Girls' Tennis Team playing at Number 1 Singles and is also a captain for the team. She has been a leader on the tennis team for the last two seasons on and off of the court. She carries a 4.0 taking Honors and College Prep Courses. Hannah is very involved in the school and community volunteering and is also a member of the Barberton Suburban League Leadership Team. Coach Lynch had this to say about Hannah: "Hannah has dedicated herself to be the best player possible by her hardwork and dedication both during the season and out of season."
Published in Student Athlete of the Week
Tagged under
Read more...
Friday, 17 September 2021 05:21

Written by Tony Mazur
Each week, Akron mayor Dan Horrigan joins the Ray Horner Morning Show to go over the city's biggest topics and issues, from the COVID-19 pandemic to housing, and this week he addresses safety. The mayor laid out his five-point plan on dealing with crime and violence in the city. Another aspect of the plan is the enforcement of the crime, from the guns and assault weapons to overall surveillance.
Published in Ray Horner Morning Show
Tagged under
Read more...
Thursday, 16 September 2021 14:08

Domestic Violence: Who Can Help When Love Hurts

It is easy to feel alone, and it is hard to reach out for help, when the one who is supposed to love you most turns out to be threatening, violent, and abusive.

But you're not alone, and there is help right here in Akron, from Community Legal Aid. They can help you get a protection order, file for divorce, keep your home, and protect your children.

Find out how, in Jeanne Destro's interview with Community Legal Aid Communications and Marketing Manager, Jodi Roberts, who is a domestic violence survivor, and Jeanne Charles, who is their Assistance to Victims Project Managing Attorney.

But, when she talked to Jeanne Destro about it on the air this morning; the conversation expanded to include a lot more topics of concern, like blighted neighborhoods, abandoned homes, gun violence, home surveillance cameras, and why it takes so long for the city to fix uneven sidewalks.

Her advice; speak up, talk to City Council, and get your voice heard!

Find out how, listen now.

“I commend the Mayor on his Family-Friendly Benefits for the City Workforce and stress the importance of these policies in ensuring local government enables workers to not only survive, but truly thrive in our city. As I’ve listened to workers, I’ve seen firsthand how urgently they need support, which is why I encourage the Mayor to further expand on these policies by enacting additional measures to create the bold, family-friendly agenda Akronites deserve. It is imperative that we as a City and as a Council address the issues in our neighborhoods expeditiously to foster population growth, instead of crime. I look forward to continuing to work alongside Mayor Horrigan, my colleagues in the City Council, advocacy organizations and community leaders to ensure those we serve are best supported within Akron’s communities.”

These new policies enacted by Mayor Horrigan include increasing the COA minimum wage for many COA employees, but does not go so far as to include interns for the COA. Currently, the COA needs to compete with other municipalities in regards to internships.

Councilwoman Mosley Samples, who has been a long-time and vocal advocate for a COA minimum increase, stands with many local leaders, advocacy groups and community members in the belief that in order for Akron to attract new and young talent, we must first start with a livable wage. A foundational principle of this pro-worker agenda is recognizing that policies like $15.00 an hour are the floor not the ceiling with a minimum wage increase having a crucial impact on City employees.

According to the City of Akron’s  Department of Human Resources, there are the following number of COA employees:

*Numbers and counts are subject to change.

The COA Department of Human Resources 143 COA employees make under $15.00 an hour.  The breakdown is as follows:

Further, according to the COA Department of Human Resources, currently 37 City of Akron employees and 12 qualified dependents are taking classes for fall semester 2021 at Stark State College through the COA (City of Akron’s) Workforce Development Program.

This next step is crucial in ensuring that the COA uses the American Rescue Plan dollars in our neighborhoods, which is why Mosley Samples has requested draft legislation that 10% of those ARP dollars be spread equally through the 10 Ward councilmembers. This will allow local leaders to have the resources needed to adequately address the sometimes unnoticed issues that plague constituents in our respective Wards. A few of these urgent issues include: crime, blight, vacant homes, failing sidewalks, nonprofit assistance, small business growth and assistance.