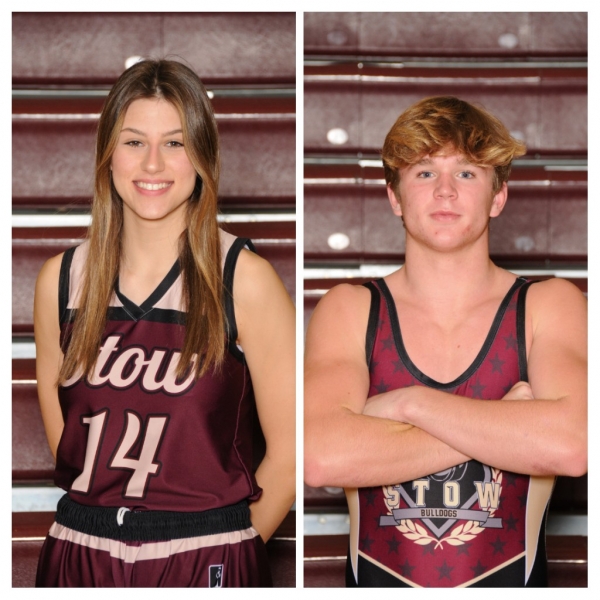 For our Student Athlete of the Week program, we head to Stow-Munroe Falls High School.

Kristin Chmielewski is a Senior at Stow-Munroe Falls High School and a Captain of the Stow-Munroe Falls Bulldogs for the last two seasons. She will have been a letter winner four years, has elected First Team to the Suburban National Girls Basketball Team, and should be the favorite to be POY this season, averaging 20.5 PPG and 7.3 RPG. A team leader on and off the court, Kristin also has a GPA of 4.1.

JR Reed is a Senior at Stow-Monroe Falls High School and a four-year letter winner on the wrestling team. He currently has a career record of 99-36. Last year, he had a 31-6 record, and qualified for the OHSAA State Tournament and was selected to the suburban league 2nd team. This year he has a record of 19-2, with 13 if those wins coming by pin. A leader on the team, he also volunteers his time to help coach youth wrestlers in the program.

JR has a GPA of 4.5, and he is currently ranked first in the Senior class. He tutors other wrestlers, and he's enrolled in college level courses through the schools CCP program.

The Student Athlete of the Week segment is powered by NECA-IBEW and Akron Children’s Hospital.