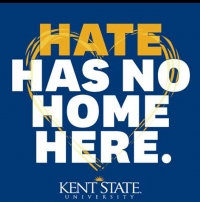 Two Kent State University Professors are spearheading a "Rally Against Hate" on campus in front of the Music building this evening (Wednesday, April 7) from 5:30 to 6:30, to spotlight and push back against a wave of anti-Asian hate crimes.

Such crimes have been on the rise nationwide since the start of the pandemic, and have escalated in recent weeks with a mass shooting in Atlanta, and an attack on an elderly woman in New York City.

What we learned, is that right now, there is no record of an anti-Asian hate crime in Akron. However, Caprez says that may be in part because members of Akron's large Asian community may be reluctant to come forward and report them to police.

Now, though, he says his officers will be trained to be on the lookout for such crimes, and that they will make an effort to make more of a connection with the Asian community.

Listen now, to find out more:

More in this category: « Walk More, Live Longer Staying Mentally Healthy and Positive Despite Pandemic Anxiety »
back to top