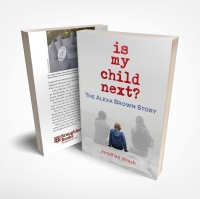 Is My Child Next? Is My Child Next? on Facebook
Clyde, Ohio is a small town not far from Sandusky, but it made headlines nearly a decade ago due to a cluster of children coming down with cancer. EPA studies showed it came from toxic sludge in the soil at a nearby park. Jonathan Walsh is an investigative reporter with WEWS/News 5 in Cleveland, and he has followed this story from when it broke, as he was employed in the Toledo TV market at the time. He has penned a book about this tragic saga, which is called Is My Child Next? The Alexa Brown Story. Alexa was an 11-year-old girl who died, and she was one of 35 other children impacted. One-hundred percent of the book’s proceeds go to the families affected in Clyde.
Read 764 times
Tweet
Published in Ray Horner Morning Show
Tagged under