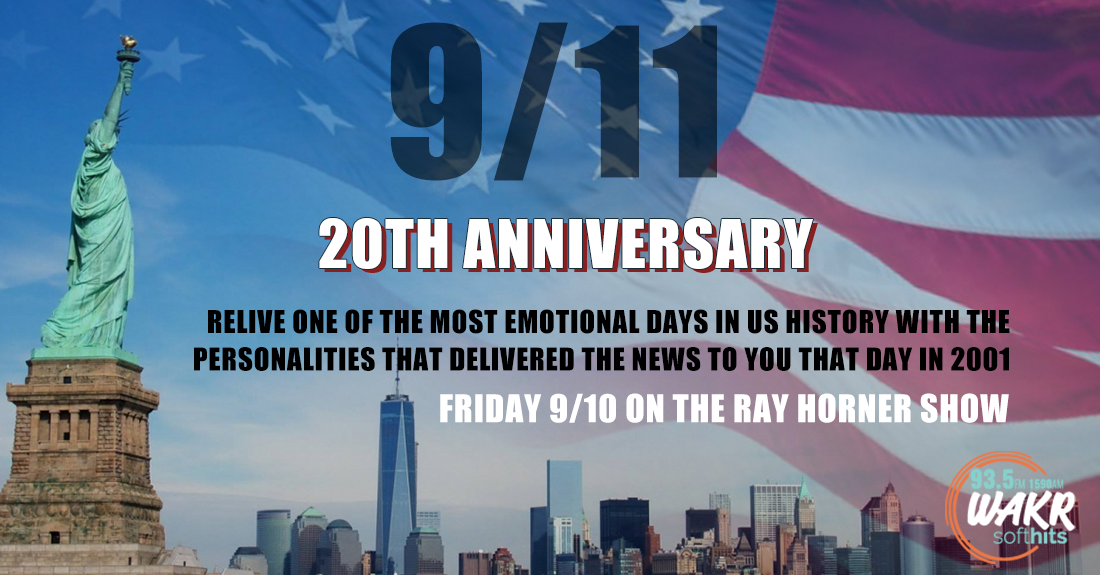 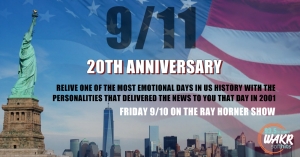 20 years ago today, on September 10th, 2001, the United States was a much different country, almost unrecognizable. The following day, the attacks on the World Trade Center and the Pentagon changed the world as we knew it. The Ray Horner Morning Show, guest-hosted by Jeanne Destro, looked back at that Tuesday morning, as well as the two decades that have passed with a slew of familiar voices in the Akron area. Larry States is a former WAKR news anchor who was off covering an event when the news broke of the attacks.
Don Plusquellic was the mayor of Akron from 1987 till 2015, and he shared his story as being the mayor of a large city during a time of security threats.
Speaking of security, Tim Dimoff from SACS Consulting & Investigative Services was getting his security business off the ground around 9/11.
Dave Lieberth worked alongside Mayor Plusquellic around the time of 9/11, and he shared some stories.
Dr. John Green from the Bliss Institute gave a geopolitical look at the September 11th attacks and the response the United States has endured since then.
For more on the political outlook, Kent State professor of political science Dr. Mark Cassell called in.
Published in Ray Horner Morning Show
Tagged under
Read more...