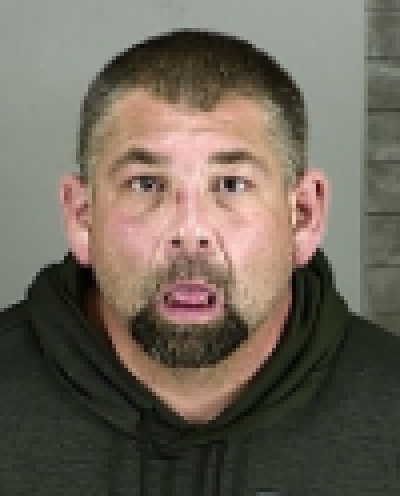 The pursuit of a suspect in a stolen car ended in Fairlawn early Thursday morning after that suspect crashed the car into a State Highway Patrol cruiser.

Akron Police say it started near North Arlington Street and McNaughton Street when officers observed the suspect, identified as 44-year-old Lewis Nemeth (pictured), driving a 2017 Ford Escape irratically. Offiers then attempted to pull Nemeth over, but he did not comply, leading them on a chase through the city.

That's when officers determined that the vehicle was stolen from an on-duty Akron Police officer.

The chase continued into Fairlawn, eventually ending along West Market Street near Hampshire Road when Nemeth crashed the stolen car into the OSHP cruiser.

Akron pursuit ends in Fairlawn with the suspect hitting a Trooper. OSP tells me APD was chasing a stolen car on West Market in Fairlawn. The suspect went left of center & hit OSP. OSP says they were just getting into position and weren't actively chasing when hit. No injuries pic.twitter.com/jLGioxzsyE