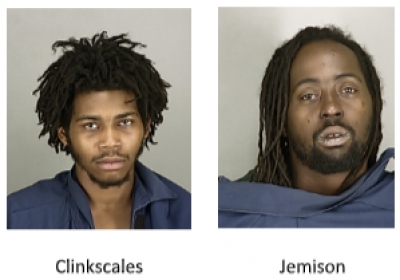 Akron Police Chief Ken Ball is reporting that two suspects are in custody as of Friday morning, connected to the shooting along Copley Road Thursday afternoon that left a young girl injured.

The first 911 call came in just after 1:15 p.m. Thursday regarding multiple shots fired from two different vechiles in the 1200 block of Copley Road. When police arrived the suspect vehicles were gone, but moments later another 911 call came in about a child that had been shot. That call was to a nearby home in the 900 block of Greenwood Avenue.

There, officers and EMS found the six-year-old female victim with a single gunshot wound. She was taken to Akron Children's Hospital where she was rushed into surgery and as of Friday morning is still listed in critical condition.

Detectives later determined that the child was in a car with five other kids and an adult driver and was caught in the crossfire during the shooting along Copley Road. One other child was injured after being grazed by a bullet, according to the APD report.

Akron Police almost immediately identified the two suspects involved in the shooting and make arrests. Marqualle Clinkscales, 23, and Corey Jemison, 39, reportedly exchanged gunfire resulting in the two children being wounded. Clinkscales was arrested after a short pursuit not long after the shooting Thursday. Jemison was identified as the driver of one of the vehicles involved that was found disabled along Greenwood Avenue. He was arrested shortly after.

Both men are charged with Felonious Assault and more.